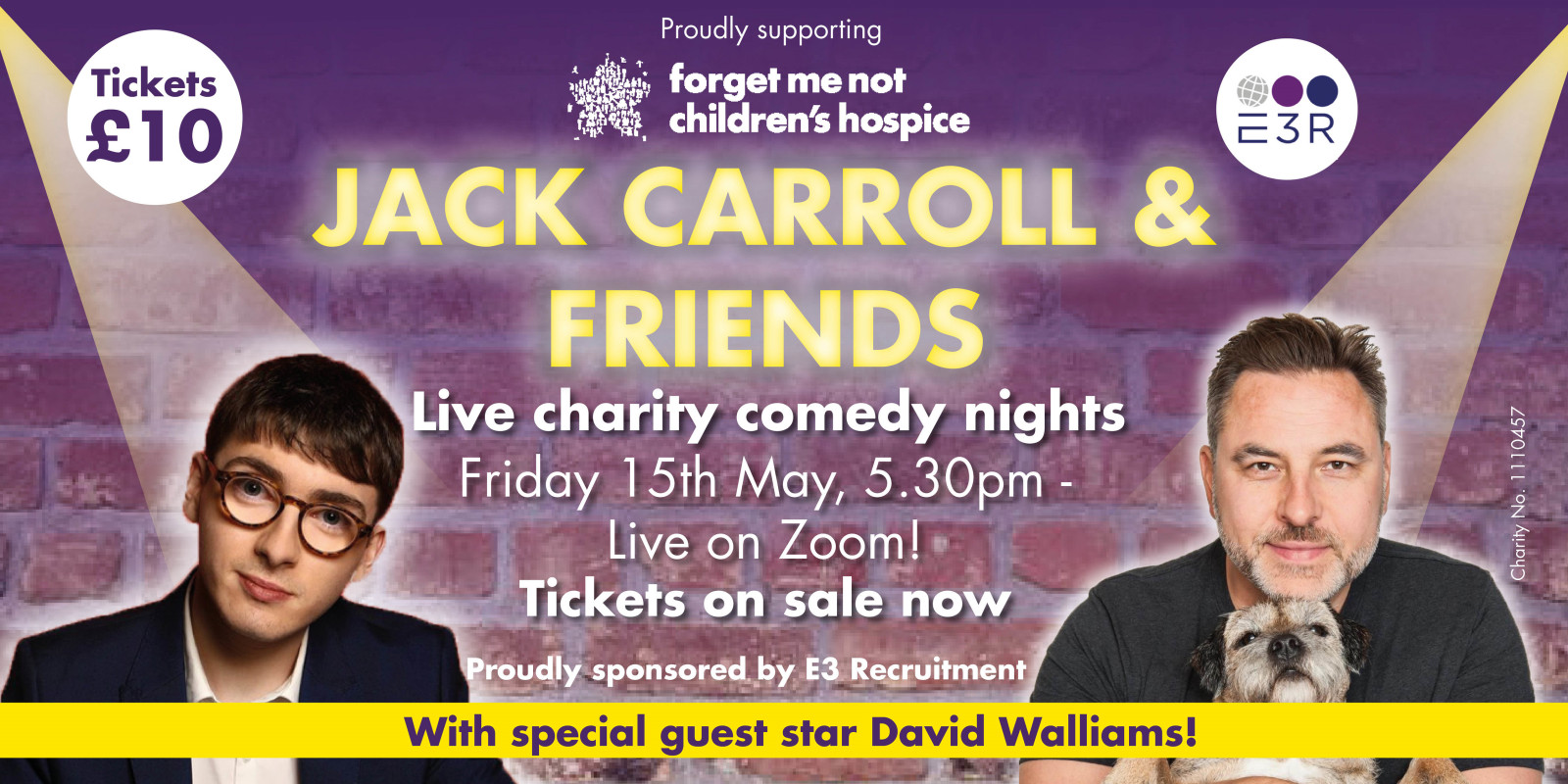 Made in Yorkshire Patrons, E3 Recruitment, has announced their sponsorship of a series of live comedy streams in order support local charity, Forget Me Not Children’s Hospice in West Yorkshire.

This is part of a series of new virtual events which aims to raise vital funds for the Forget Me Not Children’s Hospice. Yorkshire-based comedian Jack Carroll shot to fame in 2013 when he appeared on ITV’s Britain’s Got Talent, but now, Jack’s planning something a little different with his new ‘Zoom’ based charity shows.

Speaking about the event, Jack said, “I’m really excited to welcome David Walliams to the show on Friday. With a relationship going back 7 years, I think we’ve got a lot to catch up on! It’s going to be a great show for people watching from home, and it’s a privilege that we can raise money for such a fantastic cause at the same time!”

This is the second week the sessions have taken place, with the show starting last week with guest Jason Manford. It’s hoped that this series of Friday night videocasts from the comedians will raise thousands of pounds for the charity, which are currently losing around £7,000 a day due to the impact of coronavirus.

Georgia Lane, Forget Me Not’s a regional fundraiser for Yorkshire said, “Coronavirus has had such a huge impact on our ability to raise funds. Our shops are all closed, our normal events have been cancelled and our usual fundraising activity has all but stopped. But families still need us, so we need to keep raising money – and that means finding new ways to do it. That’s why it’s fantastic to have Jack and all of his guests onboard – plus, everyone needs a good laugh right now, and these events will provide just that!”

The Made in Yorkshire team spoke to James Soden, Director at E3 Recruitment who are sponsoring the events who added, “At times like this, it’s more important than ever to work collaboratively. When we heard of the challenges that our charity partner Forget Me Not were experiencing, there was no doubt that we had to make available our resource and expertise to work in partnership with them to deliver some positivity during this challenging time for all.”

James went onto to personally invite members of the Made in Yorkshire, and Made in the Midlands members to join the event in order to support the charity, speaking about how the networking abilities of the group, makes this a great way to support a charity, but also in a time of worry for many, a place to relax whilst supporting a great cause.

Tickets for this Friday with David Walliams cost £10 each and can be purchased at www.forgetmenotchild.co.uk/comedy